It was Monday evening at the office. All the personnel except Juha Kalliopuska, the co-founder/CEO of Advacam Oy, had already left home. I was writing a project application and the moment was perfect for it, because it was the most peaceful time of the day. I could only hear smooth humming of my laptop, but there was no disturbing noise. The silence was occasionally broken by sounds informing about arriving e-mails. I had a good flow in writing and thus I didn’t want to distract my mood by checking them. After a while, Juha appeared at the door and said “Good news from CERN! Have you checked your e-mail?”. It turned out that Advacam was granted the whole pixel detector hybridization work for the CERN LHCb VELO experiment. The day had already been good for me and this piece of news was like a cherry on top of a cake. The deal was not only good for us in terms of production volume, but it was also the first call for tender related to experiment upgrades, which we won independently. We have a long collaboration with CERN, but it just takes time to earn CERN’s trust to be an exclusive supplier for goods within a major high-energy physics experiment. 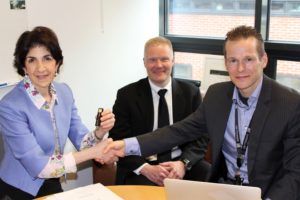 Let’s take steps back and return to the first contacts made with the CERN people and see how Advacam’s relationship developed over the years. It was March 2003 when I started to work for VTT technical research centre of Finland. I graduated from Tampere University of Technology in 2002 and I was lucky to find a job, which corresponded my education very well. I was happy to begin the work with flip chip process and generic thin film technologies in clean room environment, because there weren’t many companies in that field in Finland. When I joined VTT, the VTT people had recently begun collaboration with CERN for providing flip chip solutions for assembly of pixel detectors for high-energy research purposes. The pixel detector concepts had been demonstrated at CERN in the 90’s, and CERN wanted to implement the noise-free detector technology for the inner layers of the vertex detectors in Large Hadron Collider (LHC) experiments. After years of collaboration, VTT successfully delivered the pixel detector modules for ALICE and LHCb rich experiments. The productions done for CERN were important milestones for VTT but also for the beginning of Advacam, because personal relationships were made.

At VTT, we had both the flip chip process and also silicon (Si) sensor fabrication process, which were a very promising technology combination, but it took many years when the collaboration was really kick started. Because of collaboration with CERN, I had an opportunity to attend the CERN fellowship programme for two years. During the programme, I learned to understand the needs of CERN very well and I met many technical people working with the CERN experiments. The time at CERN (2008 – 2010) was very valuable for me, because I could also deepen my knowledge about the technology and the groups working with pixel detectors. While I was at CERN, Juha had done good progress with the Si sensors processing at VTT and he had successfully implemented fabrication process flow for the so-called edgeless Si sensors (i.e., sensor without guard rings). The edgeless sensor technology was the first connecting line between the current Finnish and Czech shareholders of Advacam.

“There were not many connecting things in the beginning; all we knew was that both the Finns and Czechs like beer and ice hockey…”

When returning from CERN to VTT, I started as a team manager for the 3D integration team. Those times the synergies were found in between the Si sensor and the micro packaging team. The combination of the two technologies was very unique and even today there are not many companies in the world, who are offering similar service for hybrid pixel detectors. Despite of the valuable technology at VTT, the implementation of the combined technologies wasn’t successful, because the team wasn’t simply strong enough. This was also the reason why Advacam was founded in 2012 as a technology spin-off company of VTT. We saw the high potential of the technologies, but the constellation at VTT wasn’t the right. It was important to get the Czech people hooked up, because they had been actively developing X-ray imaging applications (electronics, software, algorithms, system and many more) around the pixel detector modules, and they were widely known for their talent. By getting the right people together, we could make products from detector designs to complete X-ray camera products. There were not many connecting things in the beginning; all we knew that both the Finns and Czechs like beer and ice hockey. Advacam s.r.o (former Widepix s.r.o.) was founded one year later than the Finnish interest company Advacam Oy. Both of the companies have the same board of directors and they have also been boot strapping successfully and avoided raising of venture capital funding.

Since the first steps of Advacam, we have been working with dozens of projects related to the research done at CERN. We have the capability to produce exotic Si sensor and we had also special talent in the flip chip bonding of the pixel detectors. Although we were a tiny company, we offered interesting services for CERN and because of the long personal history, we slowly gained the mutual trust. The requirements set by CERN are rather tough, because of the need to have thin Si pixel detector modules to eliminate a great number of disturbing collisions and noise in the measurements caused by the excess Si material. One of the major milestones for us was the CMS upgrade project done together with Helsinki Institute of Physics. This was Advacam’s first real production project for CERN and we received the big order on the wing of HIP. Despite of the occasional technical difficulties, we were successful with the work and we provided the best detectors in terms of the fabrication yield. Now two-three years later, we left a bid in call for tender for flip chip processing of pixel modules for the VErtex LOcator (VELO) part of the LHCb experiment at CERN. We expected to enter the qualifying part of the project, which was a quality-based milestone for the actual production project. However, it turned out that we received the whole deal, which felt special, because it meant that we have gained a high-level of trust of CERN.

Why the trust is important? The investments in the experiments at CERN are huge. The experiments are super complicated systems, which are difficult to perceive even for physicists. The LCH experiments are using the same beam line and there are set time windows for each experiment for performing it measurements or to have the upgrades installed. When the beam line is off during the construction of the apartment building sized experiments, no particles will be collided. In this respect it is very important for the suppliers to be able to deliver all the necessary goods well in advance. If the deliveries cannot be made within reasonable times, it could compromise the construction and inauguration of the whole experiment, which has already been designed for five to ten years. Another layer of the complexity is the requirement for very high reliability of the components to be mounted in the detector structures. The experiment will be run for years, before there is a chance to dismantle and change the detector structure. In this respect, the reliability requirements are comparable to space technologies.

The detectors required by CERN are not bulk, but very challenging structures to be produced in rather high volumes for a rather short time. For an industrial partner it’s not easy either, because they’ll have to set the manufacturing processes for products that have no long-term future. The intensive projects often distract the other activities of the company, but this was a good timing for us because we have capacity on our fabrication line. The other side of the coin is that CERN wants to invest in technology that will remain on the market for its need in the future. In this respect, it is important for us to have pixel detector product technology, which will also support CERN in the future.

In larger upgrade projects, such as ATLAS and CMS, the qualification process of the suppliers is much tougher than in case of the LHCb VELO. One has to deliver similar prototype detector modules of the detectors to be used in final experiment. The modules will be characterised at CERN and it will affect to the selection of the suppliers. The manufacturing cycle for a few prototypes is very expensive if Si sensor fabrication is included. The construction of the prototype modules will be funded by the potential supplier and it is a major contribution without a certainty of receiving an order from CERN. Moreover, the supplier must have had certain sales of similar Si detectors for a defined value in order to qualify the bidding.

This story is an example how a small start-up company can do business with CERN. When working with CERN, the common history plays a major role. However, I consider that it is even more important to have an innovative team that pushes the technology barriers forward, because of the high technological discipline level of CERN.

Advacam Oy provides turnkey solutions for manufacturing of pixel detectors. The company has both silicon and micro packaging lines in-house. The company is based in the Micronova facility in Espoo, Finland.

Advacam s.r.o. is a technological spin-off company  of Institute of Experimental and Applied Physics in Prague, Czech Republic. The company offers color X-ray cameras for scientific and industrial applications and it masters 20 years of basic R&D and development of fully digital X-ray cameras. 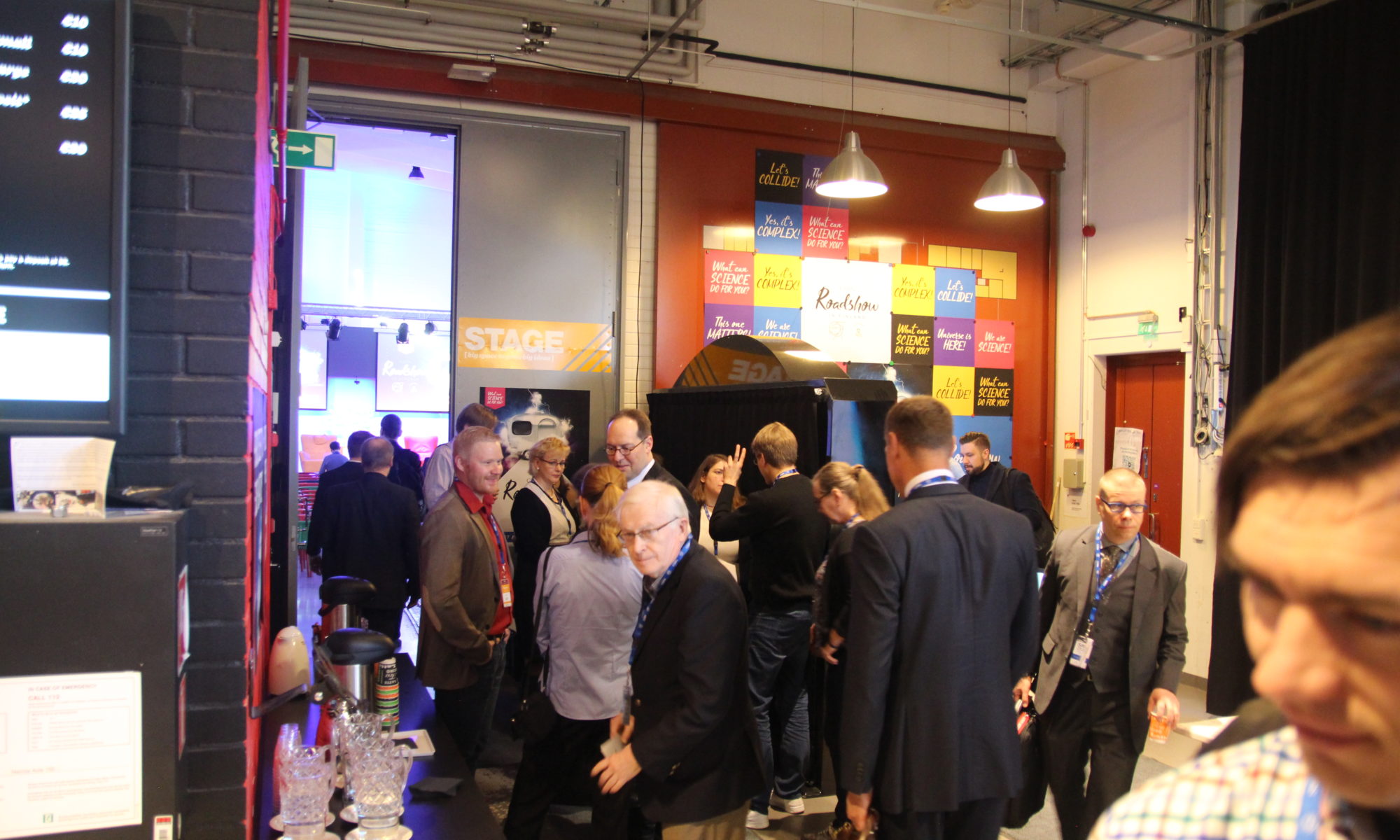 CERN contracts are awarded following price inquiries or invitations to tender, depending on the estimated amount of the contract. Price inquiries are made for supplies below 200.000 CHF. For a price inquiry, only a limited number of firms will be contacted.All requirements expected to exceed 200.000 CHF are announced on the CERN Procurement website.To participate in an invitation to tender procedure, bidders first have to be qualified on the basis of their replies to a market survey.As a rule, CERN’s procedures are selective, limited to firms established in its Member States and do not take the form of open invitations to tender or price inquiries.

Contracts for supplies are awarded to the firm whose bid complies with the technical, financial and delivery requirements and which offers the lowest price on a Free Carrier (FCA) basis. However, for requirements exceeding 100.000 CHF, an alignment rule applies which provides an advantage to a bidder if at least 60% of its supplies originate from poorly balanced Member States.The country of origin is defined as the country where the supplies are manufactured or undergo their last major transformation. Contracts for ser­vices are adjudicated on a Best-Value-for-Money basis taking into account the technical quality of the bid as well as the price.The country of origin for services and civil-engineering work is defined as the country in which the bidder is estab­lished.

How to do business with CERN

Industry relation and procurement website for the HL-LHC project